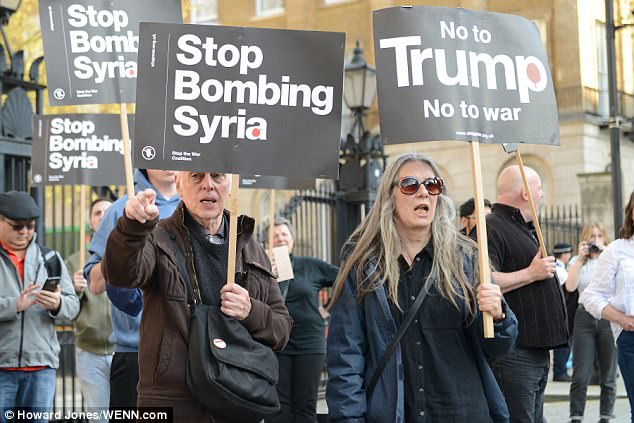 Things are looking up. Bernie Sanders' poll numbers are at all-time highs while his opponents wallow in increasing unpopularity and public distrust. Political involvement among young people and those in among the progressive majority in general is quite possibly higher than it's been for a generation. As a result, despite the U.S. government's behavior being ever more militaristic and authoritarian, corporate power and economic inequality in many ways being at record levels, and the climate being on the brink of catastrophe, society is looking a lot like it's on track to overcome all these obstacles.

Largely because of the voter suppression and electoral fraud that occurred in the 2016 New York Democratic presidential primary on April 19 (which, by the way, were so substantial that even the New York Times was prompted to report on them), the nation's political trajectory was sent into an unprecedented tailspin last year. But even as Bernie Sanders' supporters are making enormous gains in turning the situation around by essentially doing outside of presidential politics what they were doing this time last year, the power structure has the potential to pull off the 2017 equivalent of stealing the New York primary.

Yes, they can do it again, and they can do it even more stealthily than last time. By co-opting the anti-Trump movement, and at the same time aligning themselves with Trump and Friends in regards to the goals they share, the neoliberal Democrats, the Deep State, and their many allies in the corporate media are essentially smothering the effectiveness of the effort to defy the Trump regime. In other words, without genuine progressives in charge of The Resistance, a lot of focus may be put on things like Trump's tax returns and unpleasant personality, but things like his wars, neoliberal policies, and infringements upon civil liberties will get dangerously insufficient attention seeing as the Democratic establishment very much shares these parts of Trump's agenda.

And as the specter of a Trumpian bout with fascism provoked by a world war and/or terrorist attack looms closer than ever, with Trump and the Deep State's newfound mutual enemy Russia continuing to issue far more blatant threats towards the United States than usual, ending this fake resistance movement is an urgent need. There's no hope for defying the regime, after all, without a sincere and united effort behind that defiance, and this goes not just for the ineffectual "McResistance" movement but for the currently elitist and politically inept Democratic Party.

Throughout these last eight years, with the epic electoral failure of corporate Democrats post-2008 and the rise of a progressive movement within the Democratic Party whose victory could only be prevented last year through actual electoral fraud, the traditional Democratic bosses have been confronted with the harsh reality that Americans aren't going to support predatory capitalism and real-life Orwellianism whether an R or a D is involved. So since the virtual collapse of the Democratic brand on November 8 last year, they've decided to transfer their political investments into another letter: "A" for anti-Trump movement.

For some this bait-and-switch of theirs has been apparent from the start, but a great deal continue to assume anything "resistance" is good news. But as the months have passed, allegiance towards the leaders of the McResistance has in many ways started to drop-and not so much because of what anti-McResistance commentators like me have done, but because of what those McResistance leaders themselves have done.

The first self-induced partial tear-down of the McResistance facade began in February, when progressives responded to the fact that more than a dozen Democratic senators had been voting for all of Trump's cabinet nominees by starting a PAC called We Will Replace You. Its goal was to primary any Democrats who cave into the Trump agenda. This organization, unlike groups like Justice Democrats and Our Revolution, was impossible for establishment Democrats to denounce as GOP-helping "purity testers" without exposing themselves as the true obstacles to countering the Trump agenda, because it only went after Democrats who were acting as direct assets for the president. Thus, I've encountered otherwise devout Democratic Party loyalists who fully agree with We Will Replace You's objectives, because the last thing they want is to be a Trump enabler.

Of course, that hasn't stopped the Democratic establishment's most zealous defenders from attacking the effort to remove Trump-helping Democrats, as exemplified in a slightly unhinged column from a few days ago that stated supporting We Will Replace You is "suicidal." But its message falls on liberal ears that are currently distracted by the second big "I'm not on your side" announcement from the leaders of the  McResistance: the voicing of support from top Democrats for Trump's Syria strike earlier this month. While I've witnessed some incredible incidents of liberals wishing Hillary Clinton were president as Trump ordered the attack, the fact that Nancy Pelosi, Chuck Schumer, and droves of other party bosses including Clinton herself support Trump's action has no doubt caused a lot of anti-war liberals who like to think Democrats share their foreign policy views to stop and think.

And as this general unraveling of the old political order which is 2017 drags on, the McResistance will only  further unravel as well. Virtually no rank-and-file Democrats, however much they think they can count on their party's leadership now, will stand for public figures who call themselves members of "The Resistance" while helping Trump and GOP carry out their dangerous agenda. When Democrats like John Kerry and Hillary Clinton voted for post 9/11 Bush proposals like the Patriot Act and Iraq War, the former was nearly defeated in the 2004 primary by the (more) principled Howard Dean and the latter lost the 2008 primary to the (at least marginally) more principled Barack Obama. And the backlash this time towards Democrats who are unwilling to counter a Republican administration bent on autocracy will, it seems, be far greater.

Then again, don't let my somewhat anecdotal case for the Democratic base's intolerance of Trump-enabling party leaders make you become complacent. I could be wrong about the McResistance being so politically vulnerable, especially considering the formidable propaganda machines its string-pullers have in place. To be safe, let's do all we can to expose the hypocrisy and inadequacy of this "resistance" movement whose top members so often do the opposite of resisting, and of this Democratic Party that claims to represent an opposition to Trump while acting as his greatest asset.

We can turn both said movement and said party into a genuine force for good, and if the leaders of the McResistance keep capitulating to Trump as they of course intend to do, our job will be easy.
Posted by Rainer Shea at 6:17 PM