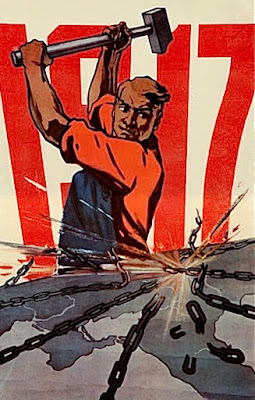 In 2018, Jonathan Cook observed the tactics that neoliberalism was using to maintain its grip. He described the “antisemitism” smears against Corbyn, the bourgeois state’s mechanisms for preventing anti-austerity politicians from getting too much power, and the impermanence of the reactionary project as it existed at that moment. He assessed that the world was “in the final stages of a busted system that is clinging on to credibility by its fingernails. Sooner or later, its grip will be lost and it will plunge into the abyss. We will wonder how we ever fell for any of its deceptions.”

Back then, I wouldn’t have been surprised at all that it would take only about five more years for our social order to reach that chasm. After witnessing the unraveling of the U.S. empire following the Iraq War, the 2008 economic collapse that was never truly recovered from, and the emergence of a new great-power competition, it was apparent that additional crises were soon coming to further apply pressure towards our economic system. It’s now apparent that in addition to the incremental catastrophe of accelerating global warming, those crises which brought the unraveling would come in three parts: a pandemic that the ruling class deliberately mismanages, a new European conflict provoked by NATO’s anti-Russian war escalations, and a combination of stagflation and financial disasters that will soon make for unprecedented economic chaos.

The liberal leaders are still claiming that they can reconcile the reality of accelerating living standards decline with their goals for cold war destruction. They’re saying they can alleviate the impacts the sanctions are having on the American and European populations, acting like the most minor of their hardship alleviation efforts are part of a trend towards a spectacular recovery. The events aren’t matching what they keep promising. They aren’t able to keep a vast swath of the people from descending into poverty, anymore than they were able to after the 2008 crisis. This is because their priorities are fundamentally incompatible with the cultivation of a prosperous society.

During these times of multiplying loss for the working class, whatever positive policies they create for the working class will come along with things like what Biden has done to the rail strikers. The Democratic Party’s public relations managers have spun the compromises within the deal Biden has signed as a victory for the strikers. Anybody with integrity admits that Biden screwed them over by taking away their agency, and deferring to the CEOs under guise of concern for “saving the economy.”

The liberals don’t say they’re for austerity, but their reliable anti-worker policies and their commitment to funding war make their words meaningless. “In addition to the ongoing US-NATO war against Russia in Ukraine, both parties support the escalation of aggression directed at China, which is seen by US military strategists as the principal threat to US global economic domination,” writes commentator Patrick Martin. “Whatever the exact trajectory of American foreign policy, any bipartisan agreement with the Republicans would be based on a common determination to make the American working class pay the massive costs of imperialist militarism and war. While Biden made a show of rejecting the proposals by several Republican senators to cut spending on Medicare and Social Security, there is no question that the Democrats and Republicans will be united on the basis of cutting social spending and cracking down on struggles of the working class.”

By betraying the working class during the same moment that capital is producing a new Great Depression, Biden has made liberals a conclusively dead political presence. You can argue they’ve been dead since Obama refused to pull the working class out of the last downturn, making a figure like Trump viable. The Democrats only won again because they were the only option besides Trump, as there’s by design no pro-working class alternative under the dictatorship of the bourgeoisie. Especially in the U.S. system, where only two parties are allowed to ever gain power, bourgeois “democracy” is set up to stop the capitalist parties from going extinct no matter how unpopular they become. But the liberals are still politically dead, because the tools they’ve been using to divert radical sentiments back into support for them can no longer work like they did prior.

The purpose of Sanders, Ocasio-Cortez, and the other superficially “socialist” politicians who’ve used the Democratic Party as a platform in recent years is to scam those with partially developed class consciousness into keep investing themselves in the Democrats. If somebody is looking to these politicians as the leaders who can defeat neoliberalism, they’re unknowingly repeating the colossal foolishness that liberals engaged in during the Clinton and Obama eras: believing the Democrats are pro-working class, when in practice they’re as anti-working class as the Republicans. Those disillusioned with Democratic corporate shilling have in large part turned towards the “progressives” as the force which can supposedly defeat the party’s right wing, but these progressives don’t actually seek to defeat the rightists. They seek to cultivate the illusion that they’re combating the rightists, who they reliably endorse after every rigged primary, make massive policy concessions to, and refuse to genuinely challenge during the most crucial moments.

“Together with Bernie Sanders in the Senate, the DSA-backed caucus introduced a separate resolution to give railroaders seven days paid sick leave,” writes commentator Tom Hall. “This was purely political theater to provide the Democrats with political cover. It had no chance of passing the Senate over opposition from Republicans and even right-wing Democrats such as Joe Manchin. And it was crafted in such a way that its passage in the House but rejection in the Senate would not even delay the signing of the anti-strike law…The role of the DSA shocked and angered many of its own members, which include sincere but politically inexperienced youth who joined in the belief that the DSA was a genuinely socialist organization. The DSA leadership, meanwhile, is in full damage control mode. The DSA Political Committee issued a statement Monday titled ‘Stand with Railworkers, Build Workers Power,’ which was in reality wholly devoted to whitewashing the role of the DSA in illegalizing a strike by railroaders.”

The method of these frauds is to decry the Democratic Party’s constant betrayals of the working class, then carry out entirely symbolic measures for counteracting Democratic policies. They’re Democrat public relations managers, except instead of playing the role of the uncritical partisans, they’re the kind whose job is to provide false hope that the party can be reformed. Bourgeois “democracy” needs these controlled opposition forces to be able to conceal its true nature as incurably anti-democratic. With the breakdown of the system’s ability to provide the great majority of people with a life above poverty wages, the story the liberals tell is getting harder and harder to buy. We’re going to see more and more partially developed individuals, including those inexperienced DSA members, abandon neoliberalism’s pseudo-left front groups and seek out alternatives. It’s the job of Marxists to provide these types with the education they need in order to join the revolutionary effort.

If you appreciate my work, I hope you become a one-time or regular donor to my Patreon account. Like most of us, I’m feeling the economic pinch during late-stage capitalism, and I need money to keep fighting for a new system that works for all of us. Go to my Patreon here.

Posted by Rainer Shea at 3:31 PM No comments: