I Hope He Fails 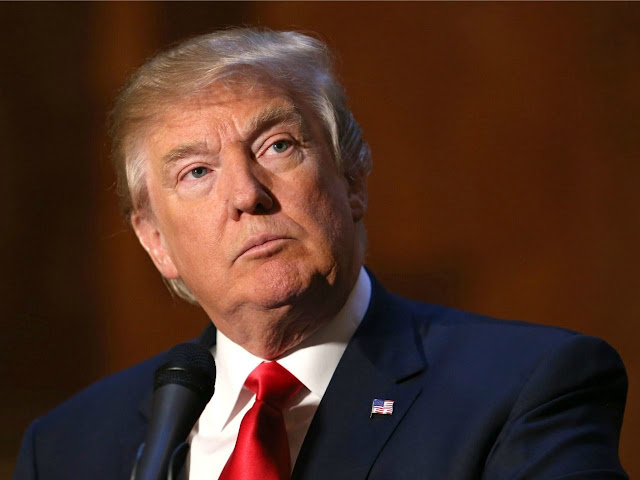 Many of my fellow Americans will probably not appreciate the title of this article. It would seem that I'm stooping to the level Rush Limbaugh did eight years ago right before Barack Obama took office when, on his radio show, he famously used those same words to describe his view of the next president. I've seen a lot of people, whether or not they supported Donald Trump, urging me to "give Trump a chance" and "get behind our president," with those of them on the liberal end of the political spectrum saying we mustn't treat Trump the way Republicans treated Obama because "we're better than that."

To these people, as Limbaugh also said to those conservatives who felt an obligation to get behind Obama, I'll have to say I disagree fervently. Because unlike was the case with Obama, I believe Trump is quite seriously the greatest existential threat the United States has faced since the Confederacy.

Before I begin my case for this, I'd like to clarify that I don't view Trump and his party as the soul problem with who's running our government. I'm well aware of the enormous corruption, neoliberalism, and hypocrisy of the modern Democratic Party, and indeed I've voiced dissent to it and its leaders just as much as I've done with Trump. Nonetheless, I feel the need to iterate just how much danger we'll be putting ourselves in if we don't do absolutely everything we can to resist him.

I say this because while criticizing Trump is obviously a right of passage for the 37% of Americans who disapprove of him, I believe in the very near future, it will be very difficult to do so.

Let me go through a scenario which, while I've illustrated before, is something I believe must be repeated many times: it's months into Trump's term, and he's so far been little more than an embarrassment to the republic he's infiltrated. His opponents on both the left and the right are putting up a formidable fight, and with the help of his abysmal and dropping approval ratings, they're for the most part winning. That is, until something happens which ruins everything: a major terrorist attack.

Such an event, which seems inevitable given the ever-increasing threat of terrorist attacks and Trump's dangerous ineptitude at protecting our country, will no doubt bring a profound change to how the president will try to govern and how much power he'll have to get his agenda passed through Congress the Senate. His poll numbers will spike, along with his willingness to take extreme and authoritarian actions, and things will get very scary very quickly.

Just imagine it: the world is in the wake of catastrophe, and Trump and the members of his cabinet are at the forefront of the damage control effort. What kinds of things do you suppose Trump's National Security advisor Michael Flynn, who has written that Muslims are "dead set on killing us and drinking our blood," will do to religious liberties in a situation like this? What do you suspect Steve Bannon, Trump's White House Chief Strategist, who has said that white supremacists are "a much smarter group of people" than others, will do to civil rights? What do you think Trump himself, who's publicly fantasized about assaulting his opponents, arranged for transparently Nazi-esque salutes to be held at his rallies, lied about seeing Muslims cheer on 9/11, bragged about having "called" last year's Orlando attack, and used "Happy New Year to all, including to my many enemies and those who have fought me and lost so badly they just don't know what to do. Love!" as his New Year's Eve address will do?

The answer, as Chris Hedges assesses in his own essay on this very real possibility, could be something we'd prefer not to know beforehand:

The last constraints will be removed by a crisis. The crisis will be used to create a climate of fear. The pretense of democracy will end.

“A fascism of the future—an emergency response to some still unimagined crisis—need not resemble classical fascism perfectly in its outward signs and symbols,” Robert Paxton writes in “The Anatomy of Fascism.” “Some future movement that would ‘give up free institutions’ in order to perform the same functions of mass mobilization for the reunification, purification, and regeneration of some troubled group would undoubtedly call itself something else and draw on fresh symbols. That would not make it any less dangerous.”

Our ruling mafia will use the crisis much as the Nazis did in 1933 when the Reichstag was burned. It will publish its own version of the “Order of the Reich President for the Protection of People and State.” The U.S. Constitution will be in effect suspended. Personal freedom, including freedom of expression, freedom of the press, freedom to organize and freedom of assembly, will be abolished. Privacy will be formally eradicated. Search warrants will be unnecessary. America’s emergency decrees will cement into place what largely exists now.

In short, America as we've known it for the last fifty years, and perhaps even for the last two hundred years, will stand a good chance of coming to an end when a major crisis meets an inherently authoritarian and bigoted Trump administration.

Due to factors that have emerged in recent decades such as extreme economic inequality, the corrosion of the democratic process, and loss of public faith in established institutions, in the last several years our country has entered into a phase so many other societies have throughout history: the rise of fascism. As was the case with those past societies, this path of ours has started with an increased public desire to get back at the political establishment which has abandoned their interests and a campaign on the part of demagogues to hijack this anger towards their own maniacal ends. And its next phase will be that of a transition to all-out tyranny.

When we approach our final destination on this road to fascism, though, we'll still have the potential to change course at the last minute. And in order to do this, we'll need to prepare to resist the personality which this toxic cultural energy has congealed around in full force. Despite the doubts some have that Trump poses a threat, I think it's important at this point in time for me and others to flatly say, "I hope he fails."
Posted by Rainer Shea at 11:18 PM