How Obama And The Democratic Party Saved The Country 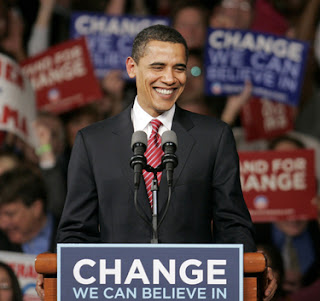 As Barack Obama signs off with his farewell address ten days before he leaves office, he and his party leave behind a legacy which will be appreciated for generations. What follows is a look back on it.

One of his administration's first and most important accomplishments was bringing sufficient reform to the nation's banking system. After voting against and outspokenly opposing the Bush administration's Wall Street bailout as a Senator in 2008, Obama took immediate action upon entering office to call it off and rein in the financial sector. By the end of 2009, Obama and the similarly anti-corporatist Democrats in the House and the Senate had prosecuted all the banking executives who were responsible for the 2008 financial crisis, repealed Bill Clinton's disastrous Wall Street deregulations, and broken up the too-big-to-fail banks which once threatened our economy.

Had they not done this, a new and even bigger financial crash would likely be looming by now.

Other major ways Obama and the Democrats ended the control which corporations and the super rich held over our society at the time included de-consolidating the major media companies, reforming campaign finance so that corporate cash no longer had any say in the actions of politicians, drawing out of and avoiding "free trade" agreements, repealing the tax cuts of George W. Bush and other past presidents to make way for a tax system similar to that of the FDR era, granting the homeowners hurt by the 2008 crash a sufficient bailout, and raising the federally mandated minimum wage to $15 an hour.

Had they not done these things, economic inequality in America, now at its lowest in decades, would no doubt be higher than ever.

On foreign policy, Obama thankfully governed in antithesis to his predecessor. From the start, he and his similarly anti-war cabinet made every effort to get the U.S. out of the War in Afghanistan and then the War in Iraq after Bush's 2008 extension bill of it expired in 2011; they wisely abandoned the U.S. military's drone program; they greatly reduced America's at the time massively bloated military budget; they avoided U.S. involvement in the 2011 "humanitarian intervention" in Libya; they maintained good relations with Russia; they were careful to avoid escalating the conflict in Syria; and they avoiding what would have essentially been a repeat of the Invasion of Iraq by declining to go to war with ISIS in 2014.

Had they not done these things, George W. Bush's foreign policy model would have more or less continued for eight more years, dealing thankfully untold damage to global stability.

Thanks to all this, along with the passage of universal health care in 2010 and the dismantling of Bush's surveillance state in 2009, Obama and the Democratic Party retained their initial popularity throughout the next eight years. Democrats were able to beat back the right-wing populist movement that appeared in 2009 and 2010 by sweeping the latter year's midterm elections. Obama won re-election in a landslide in 2012 as Senate and House Democrats were able to largely do the same as well. And while Republicans made some gains in 2014, the Democrats were once again able to hold onto the majority in the Senate and the House.

Had they not been able to keep the Republicans at bay, America's enormous gains these past eight years in the effort to combat climate change would likely not have been made.

And perhaps most fortunately of all, Obama was able to ensure a reliable protector of his legacy succeeded him. Had Obama not worked to change the Democrats into a party of the people, the Democratic National Committee and many Democratic primary election officials would likely have tried to sabotage the campaign of Bernie Sanders. But Obama's would-be secretary of state Hillary Clinton was of course again defeated, allowing Sanders to become president-elect in 2016.

Had Obama and his party not done any of this, faith in the Democratic Party and other established institutions would likely have deteriorated by now, allowing for some sort of right-wing demagogue to fill the political vacuum.

But fortunately, they took a far wiser path. Thank you, Obama and your party, for everything you've done.
Posted by Rainer Shea at 10:30 PM