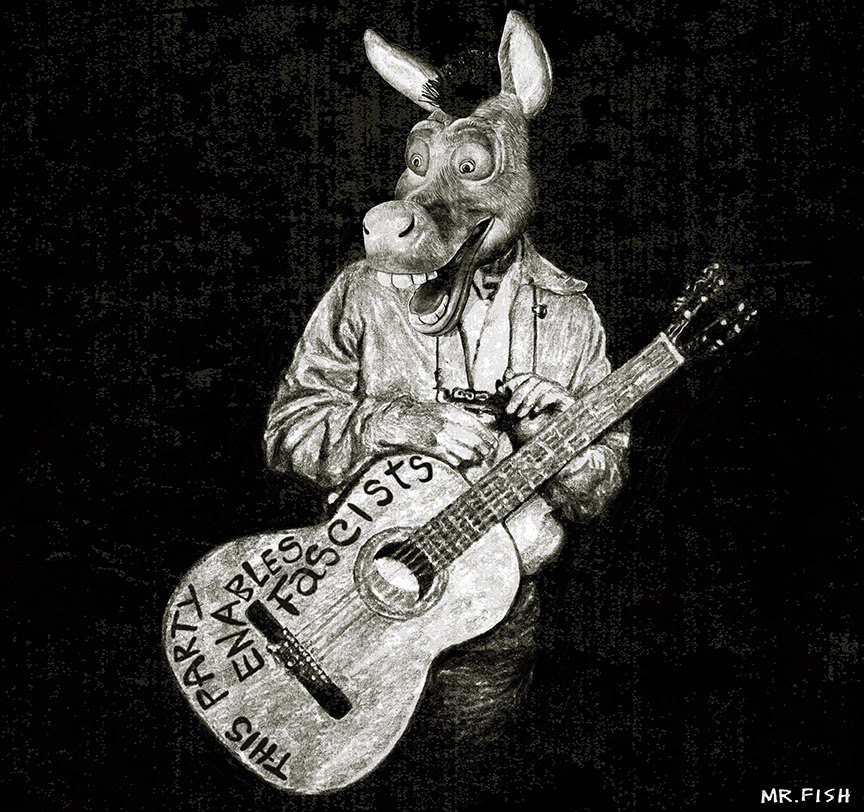 I recently learned that I'm a sexist. The news seemed a little unexpected at first, as it was delivered by a man who actively supports an abashedly anti-woman agenda, but since he professed to know so much more than I do about advancing equality, it was only honorable for me to accept his judgement. Namely, that I and all the others who'd like to see Nancy Pelosi replaced by Sandersist insurgent Stephen Jaffe in 2018-and by extension, who want to see the Democratic Party start working for the people-seek these things out of naturally bro-ish contempt for women like Pelosi.

My respect for this columnist's striking insight into the minds of tens of millions of people he's never met was unchanged as I read further. The reason besides misogyny that we want to primary Pelosi, he keenly observed, was because she doesn't support single payer health care, which has no chance of passing anyway despite its now bipartisan majority support, and Pelosi has done some good things despite her otherwise staggering history of betraying progressives, and Jaffe isn't a progressive himself because of his non-policy related personal characteristics, and so on till the Berniecrats are hopefully so overwhelmed by this barrage of baseless attacks and efforts to change the subject that they leave the Democratic establishment alone.

And so on indeed. When we stand up to power, we can always expect to be met with unrelenting efforts from the ruling class' surrogates to gaslight us, to marginalize us, to make us feel like our concerns are absurd. This has always been the case when rulers have been challenged, but in modern times it's different. Never before most people's lifetimes have oligarchies been able to surveil the entire citizenry. To impose themselves and their ideas on all aspects of life. To endlessly perpetuate war with impunity. To wipe out massive populations and resources in an instant. To steal sizable fractions of the world's wealth with such little effort. So the modern oligarchy's propaganda has become naturally elevated as well.

The ruling class controls the vast majority of the media Americans consume, much of our political and legal institutions are engineered to control the outcome of elections. Dissidents can be persecuted with relative ease. So defending the status quo, especially when it comes to the Democratic establishment, has become a convenient task. You're remembering things wrong, the modern establishment propagandist can so easily say; millions of Sanders voters were not disenfranchised last year, Russia was not considered an ally just a few years ago, a new housing bubble did not appear during Obama's term, etc., etc. Nearly all media statements and public records can be revised to fit the oligarchy's narrative, so its deceptions are made virtually unassailable-and its presence is made seemingly unshakable.

I imagine you've guessed by now how this relates to the article's title. When a political establishment like this exists amid a rogue new administration's attempts to create a self-styled dictatorship, it's inevitable that these two forces will merge in their shared mission of dominating society. Numerous instances have come up of the Trump regime working with the Deep State to conquer the world, from new Washington Post columnist John Podesta's praising Trump's military budget increase, to Trump's responding to the neocons' Russiagate outcries by attacking Syria, to Trump's trying to prosecute Julian Assange.

As the geopolitical horror show goes on, the Deep State and the Trump administration will no doubt grow further united, such as when they'll partner in launching the next American imperial war after the next major terrorist attack gives them an opening. The factions within the ruling class are mutually moving in for an unprecedented seizure of power, and it doesn't matter that one of those factions-the Clinton Democrats-claims to oppose the other. They're still both participating in the takeover.

This is what Democratic loyalists like the one mentioned above are working towards when they attack the so-called radical left's efforts. Whether said exposer of my sexism is unaware that Pelosi is on record for supporting a litany of right-wing policies and fully capitulating to the post-9/11 Bush administration, or whether he thinks she's an acceptable Trump opposition leader in spite of this, the message is clear: so many Clinton Democrats are willing to give the Trump regime an easier path to autocracy if it means their favored Democratic leaders stay in power. And this attitude has been observed within all parts of the establishment liberal echo chamber, from the Clintonite columnists who were so eager to defend the Senate Democrats that voted for Trump's cabinet nominees to the Democratic loyalists who continue to insist, against all evidence, that moving left is a bad electoral strategy for defeating the GOP.

But there I go, talking about the standard political horse race like it will have any relevance amid the harsh, not so superficial reality to come. The financial framework is on the verge of collapsing. The Deep State's plans for war with Russia, along with Syria, Iran, and maybe even North Korea, are close to being realized. The nation is a major terrorist attack away from having its ailing democracy blown to pieces by the fanatics in the White House. There's no telling what things will look like by the next midterm or presidential election, but it's certain they'll be radically changed for the worse-perhaps so much that the elections won't take place. Regardless, most Americans will likely be focusing on crisis-induced paranoia and jingoism rather than on any elections, with a great deal of the Democratic base being no exception.

As for those who put their country above their party, be only emboldened by the establishment's attacks against you. In response to Trump's pulling out of the Paris climate deal, join Democratic Socialists of America instead of a professedly pro-climate action group that's unwilling to fight corporate power. Do all you can to help Berniecrat Tom Perriello win the Virginia Democratic gubernatorial nomination on June 13 rather than his unreliably anti-Trump opponent Ralph Northam. And most importantly, don't concede the war of ideas to the defenders of the oligarchy. For all their clout, they can only manipulate the interpretation of reality, not change it. And that will be their downfall.
Posted by Rainer Shea at 12:31 AM