The Two-Party System Is About To Lose Its legitimacy 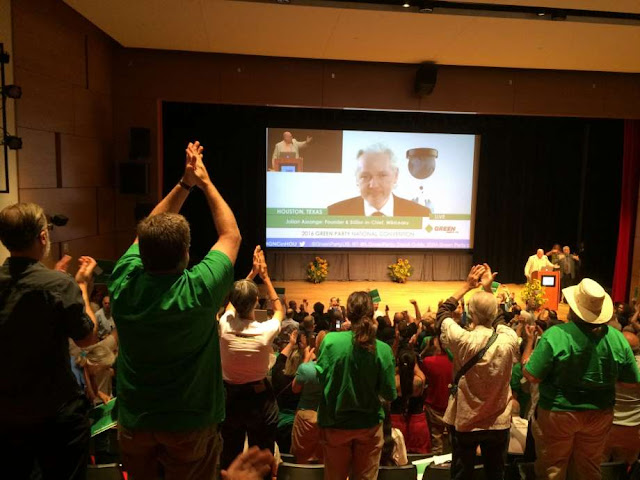 Whenever someone brings up the idea of a successful third party, the response from supporters of the electoral establishment is one that, at least on the surface, makes some sense: such a project just doesn't have enough support.

And for a long time, this has indeed been true. Though political independents have outnumbered both Democrats and Republicans since 2009, the majority of Americans still choose to side with both major parties. So at least in that sense, they still have the right to continue with their game of divide and rule without objection.

Soon even that excuse will no longer have any basis.

When you look up "American party affiliation," the first thing you see is a line from a Pew Research article which tells you that "When partisan leanings are taken into account, men are divided (44% Democratic, 43% Republican). That is little changed from recent years, but in 2009, 45% of men affiliated with the Democratic Party or leaned Democratic, while 40% identified as Republican or leaned toward the GOP." Aside from the strangely male-oriented nature of that statement, it's misleading.

The key part of it is When partisan leanings are taken into account. The poll's respondents are being asked to choose between the two from the vantage point of there not being another choice. When you ask people which parties they affiliate with based on their actual preferences, in recent years they've overwhelmingly answered "Neither."

In a survey that I've mentioned many times before, self-identified Democrats are at 29%, Republicans are at 26%, and though independents are at 42%, slightly down from their record 43% in 2014, the simple math is that 45% of Americans choose to affiliate with neither self-appointed major party.

That survey was taken at the beginning of this year.

In the eight months since then, a new poll of party affiliation has yet to be released, but it's obvious that a major electoral shakeup has taken place. Presidential elections are often regarded with too much significance, but they hold tremendous symbolic power; which nominee a party chooses is rightfully seen as representative of the party as a whole, and in this case neither candidate makes their party look good.

One of them triumphed mainly through voter suppression, electoral fraud, and the most bizarre conclusion to an FBI investigation in American history, and the other won by taking advantage of a worldwide groundswell of reactionary politics. Naturally, there's now a significant movement in the progressive wing of the Democratic Party to abandon it, and though a similar phenomenon for the Republicans isn't as visible, there's division on both sides.

What can we at least roughly expect when the updated party affiliation data comes our way? Here are the demographic breakdowns that can give us a clue: based on the Democratic primary polls from mid-April, when Bernie Sanders' support was at its highest before his (supposed) loss in New York started to discourage people from him, nearly half of Democrats can be considered on his side even though they now largely support Hillary Clinton. Proof of this comes in the polls that say 45% of Democrats prefer someone else over her. Things are even worse on the Republican side, with over half of Republicans wishing that Trump would just go away. No polls asking how many of them will vote for Trump have been taken, but as for the Democrats, we do know that in June, nearly half of Sanders supporters did not plan on voting for Hillary Clinton. That number has most certainly grown since then.

To sum it up, a significant fraction of Democrats and Republicans, perhaps as much as half for both of them, are deeply unsatisfied with the directions their parties have taken. And with only five percentage points having separated their combined memberships from falling into the minority in January, it's statistically inevitable that the number of Americans who identify with neither party will be above 50% by the time the next party affiliation survey is taken.

What will people be supposed to think when support for the two "major" parties becomes so undeniably small? For how much longer will they buy the media's message that they'll always have a limited set of choices? Will that vast population of independents, who are only keeping the system alive because they're told there's no alternative, finally break out of the establishment's psychological trap and rally around a third party?

Well, not immediately. There are only 90 days left until the election, and given Hillary's Clinton's large bump in the polls recently, it looks like my hopes for an insurmountable advantage over her by Trump which prompts Bernie Sanders to re-enter the race as a Green Party candidate won't happen without a miracle.

But the Greens know how to be patient, and if they wait their turn just a little bit longer, they'll be able to fill that role of a successful alternative.

After the next party affiliation survey is released, and it's made clear that the two-party system is living on borrowed time, the media will try to push the pro-political duopoly message like never before. First they'll double down on the idea that there's no possible way a third party can win, and when that doesn't work, they'll resort to more personal attacks; they'll portray the leaders of the Green Party in a negative way whenever possible, and if all else fails, their last defense will be to claim that the Greens aren't a good alternative. They'll say that the party's radical ideas aren't realistic, or that it doesn't have its act together enough to accomplish them.

At that point, things will be in the realm of serious political competition, and the details of how the Greens win will need to be sorted out by the people of the near future. But in anticipated response to the claim that the Greens are disorganized, lacking in commitment, and having nothing more to offer than purist platitudes, I have a story.

The Green party's August 6 Huston convention was almost nothing like the RNC or DNC. Taking place in a not-too-big auditorium with an Apple computer at the podium, sunflowers placed around the stage, and a pull-out projection screen instead of multiple mega-sized television displays, the event itself matched its setting; the roll call vote was an informal and loosely run affair with a few uncomfortable moments, much of the speaking time was devoted to breathing exercises, introspection about one's participation in the system of corporate oppression, and few things having to do with actual political organizing, and though I take their party seriously, they could have taken the opportunity of increased media scrutiny to hold a convention that gets more people to think along the same lines.

But towards the end, there were parts of it that could convince anyone that the Greens have potential. When the exiled Wikileaks editor Julian Assange appeared on the screen, the conversation that he had with the party's 2004 nominee David Cobb spoke to Americans everywhere who are angry at the corruption within our government that voting for Republicans and Democrats has enabled; the Obama Administration has persecuted more whistleblowers under the Espionage Act than all other presidents combined. Chelsea Manning was tortured and sentenced to 35 years of prison simply for leaking truthful information to the public, and Assange himself needs to stay in the Ecuadorian Embassy in London to avoid a similar fate. Hillary Clinton committed a crime far more serious both of those instances, and she's allowed to run for president. And as Cobb always pointed out, like most Americans, Greens care about these problems. The only difference they have with Republicans and Democrats is that they belong to a party which intends to solve them.

When the video conference concluded and Jill Stein went to give her speech, the applause from the crowd was more than enthusiastic; it was passionate. It was a moment where the representatives of the Green Party were displaying all their principles and their willingness to fight for them, and they would continue that fight whether they won it this time around or not. But they would win the next time, and they knew it.
Posted by Rainer Shea at 7:56 PM