When It's The Pragmatists That Want War With Russia 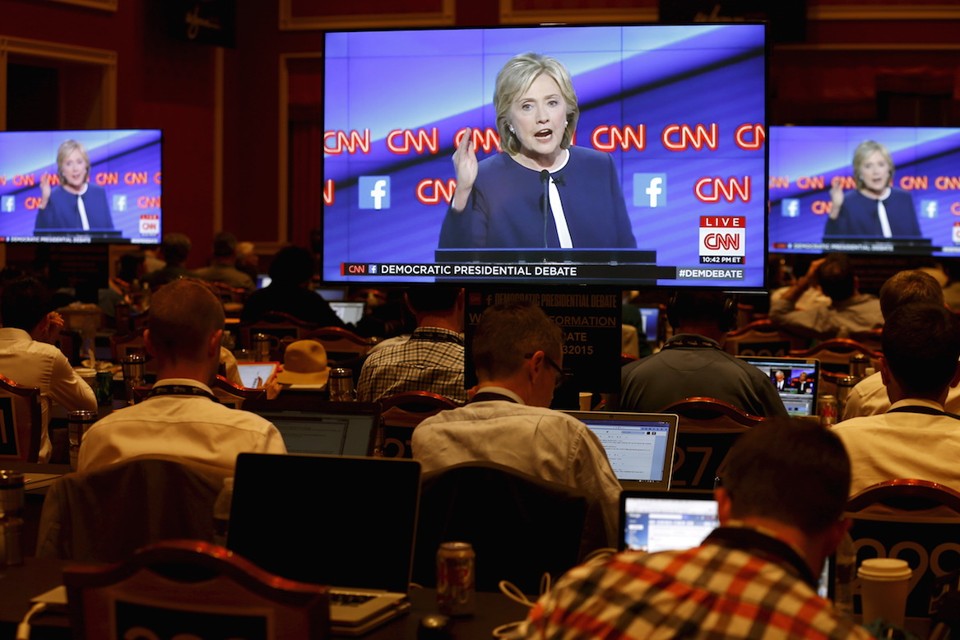 Reality doesn't have much cultural favor in modern American society. When forty years of escalated economic exploitation has made the country regress to third world status for the majority of the population, we tell ourselves it's because the majority of Americans aren't trying hard enough. When seven decades of perpetual war has destabilized the middle east and driven up the national debt to record levels, the countries we've invaded and welfare recipients are respectively to blame. When two centuries of carbon emissions have created a new, perilous period called the Anthropocene, the entire problem is fabricated in an elaborate conspiracy to undermine the fossil fuel business. Pay no attention to the dilapidation of your house, the fact that you can't remember a time when we weren't in some way at war, the reports of permanent flooding in places like Miami. Trust what the non-CIA appointed Washington Post writers and legitimately elected politicians say, because they're the ones who led us into this of course genuinely depicted period of 4.4% unemployment, and they're the ones who will make the good times continue so long as you let them stay the course.

On a more current note, don't be troubled by that tweet this week from the Democrats' favorite Russiagate expert Louise Mensch stating "war is what they [Russia] will get" for supposedly meddling in the election-she's just understandably venting over the fact that Russia invaded us last year. Don't give any skeptical thought to how the known CIA front the Washington Post has recently published a piece naysaying the notion that the U.S. should create stronger ties with Russia, which at this point is to say the two countries shouldn't soon let things come to military conflict-that article is just pointing out what it calls the "realpolitic" of letting such a conflict happen. And should said conflict hypothetically materialize as soon as the next big geopolitical upset happens-which, like the last one, will have some sketchily reported but undeniable link to Russia-don't worry. Those beautiful Tomahawk missiles will keep you safe.

No, don't give any credence to the Russian propaganda blogs that draw attention to the finely tuned campaign that's been going on for the past ten months to get you behind such a war. Don't feel uneasy about the major media's universally religious acceptance on contact last July of the still unproven claim that Russian hackers gave WikiLeaks the DNC emails; to Rachel Maddow's effort at one point last year to make her audience believe, going against their memories, that Russia was something we considered an enemy in 2015; to the bizarre project the war propagandists started last month of creating a fake Twitter account, which featured supposed calls from a seven-year-old refugee girl to have her homeland further torn apart (you can't make this up). Because these things, like the dramatic events you'll soon see playing out, are the work of the only pragmatists here.

Yes, it's people like Hillary Clinton and John McCain, the moderates, the centrists, the smartest people in the room, who seek to take us down this fractious route. They're the ones that recognize we need to be realistic about things, that we mustn't be too ideologically extreme, the ones who know how politics works and the compromises that need to be made, etc etc. And luckily they've been lately taking control of things back from the naively anti-interventionist model that the Trump administration initially embraced, having pressured Trump to adopt their sensible approach to Syria last month through their theatrical series of "Russiagate!" outcries. So as these sensible leaders ramp their focus on Russiagate back up to speed in recent weeks, making Trump's caving in to their implicit lobbying towards military action an again imminent possibility, rest easy. This next bout with geopolitical flustercluck will be the outcome of careful, serious considerations on the part of qualified leaders, etc etc, about what realism calls for.

It's just like when these clear-eyed rationalists said we needed to embrace an economic ideology that's designed to create more inequality. Or when they concluded we had to go with what the Bush administration's intelligence said and invade Iraq. Or when they calculated, based on nonexistent polls showing the vast majority of the country shares their neoliberal views, that nominating a candidate who most agree with on virtually all issues had an unsafe shot at beating Trump. They've always been the ones that know best, that acknowledge we can't make promises to ourselves we can't keep, etc etc. So if they say going to war with Russia is the only pragmatic thing to do, why not question simple logic?

Of course, not everyone is so sensible. When the war effort gets started, there will be a large portion of the populace that insists ideology is more important than hard realism, and that will use the formidable power of the internet in 2017 to spread their irrational attitudes like never before. Luckily the pragmatists are already moving to prevent such interference, with the FCC being poised to end net neutrality tomorrow and the internet freedom-killing TiSA deal quietly slouching towards deployment. But there's no reasoning with the unreasonable, so we're just going to have to put up with their no doubt explosive efforts towards dissent-massive antiwar demonstrations, frantic efforts to kill belief in the Deep State's psy ops, and surging involvement with groups like World Beyond War and Tulsi Gabbard's campaign for peace will unfortunately happen in response to the coming messy but logic-driven military adventure.

In seriousness, my fellow opponents of this push for national suicide, don't let the real fanatics here tell you that you're the one who's crazy. It is not sensible for working people to give up our economic rights because someone says that's what's "fiscally responsible." It is not sensible for voters to accept candidates that want to financially starve us, take away our constitutional liberties, and literally sell out our planet because that's what someone says is politically viable. And it is not sensible, no matter how many times you'll hear it in the news in the coming months, for America to get involved in a conflict that could well end in a scene out of Dr Strangelove.

The upside is that everyone but the members of the Deep State themselves intuitively know a war with Russia is a beyond bad idea, and iterating the fact that all this buzz about Russian hacking and special prosecutors is part of a carefully orchestrated effort to get regular people behind such a war bursts the establishment's psy op efforts. It immediately shakes the potential buyers of this plan out of their fragile path toward militaristic fanaticism, and does so much to ensure the Deep State won't pull off another Iraq this time. So FCC decision and TiSA or not, do all you can to bring attention to this issue. We may not be pragmatic, but as it's turned out so much lately, our ideas are the only ones it's pragmatic to listen to.
Posted by Rainer Shea at 11:28 PM