Democrats Are Trying To Fight Fascism With Fascism Lite 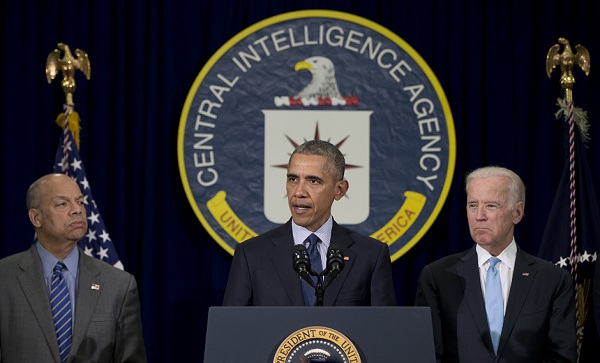 In recent weeks, Democrats and others have responded to Hillary Clinton's loss by creating what James Kunstler describes as "The Deepening Deep State." Amid legitimate concerns over the effect that fake news has had on this election, those with the power to regulate online traffic have taken actions which infringe on free speech. For instance, the solution to fake news that Google and Facebook have come up with is cracking down on sites which they deem, based on often unfair standards, as unreliable.

What's really troubling about this rush towards censorship, though, is that the U.S. government is joining in. On November 30, the House passed a bill, called H.R. 6393, which, if approved by the Senate, will empower the state to follow Google and Facebook's precedent by censoring websites that they consider part of Russia's disinformation campaign. This measure, as you can imagine, would also open the door for online censorship on the part of the state.

And the justification being provided for these actions is similarly worthy of suspicion. The Washington Post's evidence for certain websites being tied to the Russian government is highly questionable, as is the CIA's supposed proof for Russia's role in the DNC email leaks.

In other words, if there's a government campaign to spread false information which advances a corrupt agenda, it's likely coming from the U.S. government. And needless to say, the Democratic establishment is very much participating in this cynical effort. This tactic, in addition to being McCarthyite, is what Glen Ford, the editor of Black Agenda Report (one of the supposed Russian propaganda websites listed by the Post), rightly calls "Fascism with a Democratic Party Face."

"The term 'fascist,'" writes Ford in an explanation for this charge of his, "is bandied about today more than at any time since 1969, but there is little discussion of what fascism actually looks like in the 21st century. The truth is, it looks like Democrats and Republicans; it operates through the duopoly, the political apparatus of the ruling class. Donald Trump’s fascism is largely the residue of the fascism of apartheid America, under Jim Crow, which had many of the characteristics of – and in some ways presaged – the “classic” fascism of pre-World War Two Europe. The establishment corporate Democratic and Republican brand of fascism is far more racially, sexually and culturally inclusive, but just as ruthless. And, at this moment in history, the corporate Democratic fascists are the more aggressively warlike brand."

And indeed, these Red-baiting antics are just the latest in a long series of similarly authoritarian actions that Democratic elites have taken since their shift to the right began around forty years ago. The modern Democratic Party, as Ford iterates, is a branch of the corporate state which (not coincidentally) has also emerged throughout the last forty years, and this fact has naturally led it to adopt the same fascist tendencies as the institution that it serves.

Namely, though the Democratic Party isn't classically fascist as Ford acknowledges, its brand of fascism takes on a more subtle form than that of Donald Trump: inverted totalitarianism.

The invertedly totalitarian method of fascism, as I've focused on in detail before, gains consent from those it oppresses not through nationalist propaganda, but through convincing the population that they are not in fact being oppressed. And the Democratic Party's political model of making its neoliberalism and militarism seem acceptable to its largely anti-corporatist, anti-war base perfectly fits inverted totalitarianism's description. For decades, the Democratic establishment has used an abundant means of propaganda tactics to keep the left from revolting against it, from the always useful "but the Republicans are worse" excuse to an outright effort to keep the Democratic base ignorant of its party's true agenda, and for the most part, this has effectively kept the Democratic Party safe from replacement or reform.

And even as this dynamic heads toward what will most certainly be political extinction, with most on the left now working to fundamentally change the Democratic Party for the better or, should that plan fail, build a third party such as the Greens, Democratic elites are evidently doubling down on the inverted totalitarianism.

From David Greenberg, the L.A. Times columnist who recently argued that Democrats don't need to shift away from their current economic elitism because, as he insists, their message has "always included a central commitment to economic fairness along with social inclusion and equal rights," to Nancy Pelosi, the re-elected House minority leader who thinks that Democrats don't need to be set on a direction which supports America's working families because "our values unify us and our values are about supporting America’s working families," establishment Democrats are continuing to deny, against all evidence, that their party has become too neoliberal to succeed.

The reason I'm leveling these complaints against the Democrats when a party that's even worse is about to come to power is that, as we've seen in the case of the 2016 election, the current Democratic Party's model of status quo centrism is no match for the populist right. And if we want to defeat right-wing populism in time for the pivotal 2020 election, we'll need to work towards the rise of the politically formidable ideological model presented by the left.

Hopefully by then, this site won't be shut down on suspicion of it being a Russian fake news outlet.
Posted by Rainer Shea at 8:09 PM