The Greens Aren't The Only Third Party That America Needs 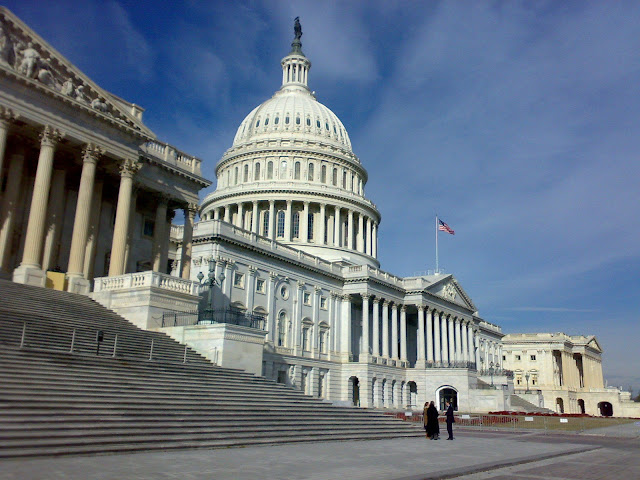 In 2010, a Rasmussen poll found that 38% of Americans thought a third party president by 2020 was at least somewhat likely. And while if the same survey were taken today, that number would probably be smaller, it's looking more and more like the people of six years ago were correct.

For several decades, both major parties have disregarded the majority by pivoting towards the interests of corporations, and if they (by which I mostly mean the Democrats) don't change soon, they'll be in real danger of dying out and being replaced by a third entity. And if such a party, which has already been fairly well established in the form of the Greens, can make the right electoral moves, it will stand a good chance of defying the current party system and transforming American politics for the better.

While I support that plan, though, I don't think it's the only strategy we should invest in.

For a long time, I've believed voter apathy to be the main reason for the American two-party system's longevity. Provided the right factors, I figured, the Greens or another third party like it could gain enough support to become prominent. And looking at the current state of the political landscape, one would figure that my prediction is close to coming true; for around a decade, identification in the two major parties, especially the Democrats, has been in free fall. This decline has recently culminated in the electoral crisis that's befallen the Democratic Party this year.

And Green Party leaders, as well as advocates of third parties in general, are taking notice. Jill Stein thinks that there have been "major breakthroughs" this year in terms of the public's attitude toward third parties, and former Green Senate candidate Arn Menconi has said regarding his party's chances of success in the next few years, "Is this a David and Goliath fight? Of course it is. But things can change, and they can change rapidly. And David won."

The problem with the level of optimism I've often promoted for our chances of overthrowing the two-party system is that Goliath is stronger than he appears.

A past instance I've cited as proof that the political duopoly can easily be taken on is the story of the birth of the Republican Party. After being established in the spring of 1854, the GOP immediately caught fire, winning many seats in the House and the Senate during that year's midterm elections. Throughout the next few election cycles, Republicans continued to rise until ultimately replacing the Whig Party as the chief opponents of the Democrats. The reason for this rapid success for the formerly fringe Republican Party is that unlike the Whigs, it was willing to accommodate interests of the increasingly popular abolitionist movement. And the Greens, one would figure, could overtake the Democrats just as Republicans overtook the Whigs by appealing to the increasingly (and in this case, inevitably) popular economically populist movement, which the Democratic Party is largely ignoring.

If this were 1854, I would have no doubt that such a feat could be accomplished. But since then, Republicans have sadly teamed up with Democrats to try to ensure that no new third party is able to do what they once did. Throughout the late 19th and early 20th centuries, American legislatures enacted rules to the electoral process that made it significantly harder for new parties to succeed than was the case in virtually every other democracy on the planet.

During that era, laws were passed which raised the number of signatures that candidates needed to qualify for running or getting on the ballot, made it easier for government officials (which were mostly either Republicans or Democrats) to determine which candidates could appear on the ballot, and created other tools that allowed partisanship to influence the electoral process. This series of attacks on democracy was especially prevalent in the early 20th century, when economically populist parties similar to the Greens were beginning to gain ground as a result of that period's extreme wealth inequality. The political establishment responded, as you can guess, by crushing those parties' chances of upsetting the corporate duopoly.

And though I hold out hope that the Greens can defy the odds now, it's important to recognize that until these actions are undone, our odds will be very steep. As electoral reform advocate Seth Ackerman wrote in a recent analysis regarding the facts above, "One lesson from this history is clear: We have to stop approaching our task as if the problems we face were akin to those faced by the organizers of, say, the British Labour Party in 1900 or Canada’s New Democratic Party in 1961. Instead, we need to realize that our situation is more like that facing opposition parties in soft-authoritarian systems, like those of Russia or Singapore."

And because as Ackerman also makes the case for, reforming the Democratic Party is about as hard as replacing it, we must seek out a strategy that's different from both of these. The plan he proposes in his piece, which is titled A Blueprint For a New Party, involves building an organization that can run and support candidates while at the same time being immune from the obstacles that the establishment has built into the electoral game.

Such an institution would not be what's traditionally considered a political party, but a group that aims to influence politics. Its candidates, says Ackerman, would be able to avoid the pitfalls of the electoral process by making it so that "Decisions about how individual candidates appear on the ballot would be made on a case-by-case basis and on pragmatic grounds, depending on the election laws and partisan coloration of the state or district in question. In any given race, the organization could choose to run in major-or minor-party primaries, as nonpartisan independents, or even, theoretically, on the organization’s own ballot line."

Thus, this "party" would be able to find the chinks in the electoral armor that the establishment has surrounded itself in. Ackerman describes this method as mounting "The electoral equivalent of guerrilla insurgency."

Indeed, whether or not you think building a third party is necessary, I believe that creating an organization like this would greatly help us achieve the larger mission of installing progressive populists throughout all levels of government. Such an entity already exists to an extent in the form of groups like Brand New Congress, and if we can bring them all under one roof, we'll have a national organization which influences politics in the ways that Ackerman suggests. But whichever way we'd go about founding this group, doing so appears to be the most practical way of bringing governmental reform.
Posted by Rainer Shea at 8:59 PM