The Clock Is Ticking For The Democrats 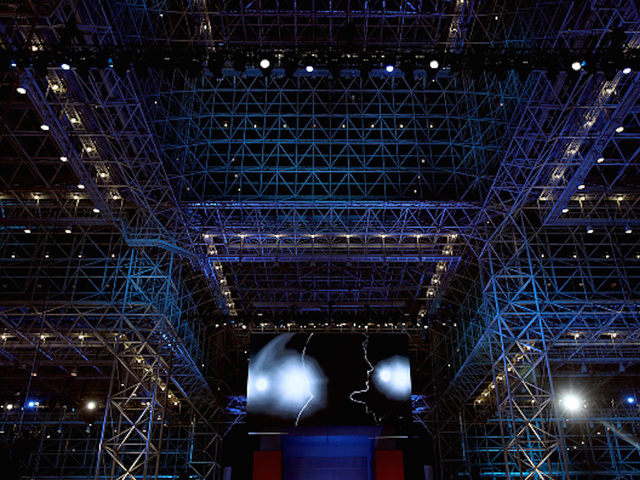 Throughout the four months that I've written articles on this site, the main thing I've focused on is advocating for the dissolution of the Democratic Party so that an alternative party which is capable of systemic change can arise. My central argument for this course of action has been that reforming the Democrats, though technically possible, is impractical compared to the option of scrapping this deeply corrupt party and starting anew.

However, since my greater goal is to help bring about such changes, I'm of course willing to reassess my approach if necessary, and it may turn out that I'm wrong about the need for such a plan. In the days since the election, many respected people who share my agenda have called for an effort to save the Democratic Party by remaking it. For just two examples, Bernie Sanders has endorsed leftist congressman Keith Ellison for the next DNC chair, and said that the party needs to be set on a more populist course. And Robert Reich has recommended that the party's current leadership "step down and be replaced by people who are determined to create a party that represents America – including all those who feel powerless and disenfranchised, and who have been left out of our politics and left behind in our economy."

And as I said, perhaps they're right. This year's collapse of the Democratic Party in its current form has created an opportunity for reforming it as well as replacing it, and both plans, given that they're successful, would yield equally good results.

But while turning around the party is indeed doable, the window of opportunity to do so gets smaller every day.

I'll start this analysis by assessing just how corrupt the Democratic Party is; for the past forty years, starting with the Carter Administration, Democrats have generally shown no regard to the interests of their base. They've helped lower the tax burden on the wealthy. They've enacted the so-called free trade deals that allowed for the unnecessary poverty of so many American workers. They've passed the deregulations of the financial sector that caused the Great Recession. And they've allowed for the election of Donald Trump by becoming a corporate party and thus rendering themselves politically impotent.

I could go on for a while about the failures of the party. But to address the question this article is meant to answer of whether attempting to reform it is worthwhile, we'll need to confront the level of control that corporate Democrats hold over it-and thus, how realistic the idea is of replacing them.

According to Open Secrets, Democratic politicians in this election cycle have generally taken about as much corporate campaign donations as Republicans, thus creating the neoliberal dynamic within their party. And though some of the blame for this falls upon the nature of America's campaign finance system, the rest can be attributed to the party's leadership; for many years, corporations have been the chief contributors to the Democratic National Committee. The same is true for the party's congressional and senatorial campaign committees.

Amid this eagerness of Democratic leaders to collude with neoliberal powers, it's no surprise that they're also eager to maintain their party's status quo. As Noah Rothman assesses regarding the efforts from Democratic officials to influence the outcome of the Democratic primaries:


Contrary to the presumption among grassroots conservative activists that the Republican Party is busily at work thwarting their aspirations, much of the GOP’s present disarray can be fairly attributed to the party’s desire to accommodate its restive base. The party could have taken any number of avenues that would have, for example, made it impossible for Donald Trump to ascend to the debate stage or to meet the requirements to secure ballot access at the state-level. Indeed, party officials flirted with those prospects, but cooler heads prevailed. The same cannot be said of the Democratic Party’s officials, who have been nakedly at work protecting Hillary Clinton from the scrutiny of her fellow party members.

The DNC, Rothman continues, decided to arrange the party's presidential debates in a way that helped Hillary Clinton, scheduling only six of them and putting them on days of the week where people where less likely to watch. And that article was from October of last year; the 2016 Democratic primaries, in addition to the usual undemocratic practices of closed primaries and superdelegates, was run with an extraordinary amount of bias against Bernie Sanders, with widespread voter suppression and electoral fraud having taken place.

All of these events reflect an undeniable effort among Democratic elites to keep their party's role as a tool of corporate interests by shutting out efforts from people like Sanders to reform it. And they intend to continue defending their neoliberal castle in the coming years as progressive invaders prepare to storm it. Establishment Democrats, declining Robert Reich's invitation to admit they did wrong by nominating Clinton and let genuine progressives take over the party, are blaming third party voters for their loss and backing the candidacy of corporate lobbyist Howard Dean for the next DNC chair seat.

And even if Dean or any other corporate Democrat loses their position to a Sandersist, it won't have much of an effect on the the party' agenda. Because as we've also learned from the 2016 election, the Democratic establishment has ways of crushing dissent when an outsider enters its ranks; when Hawaii congresswoman and DNC co-chair Tulsi Gabbard criticized the anti-Sanders bias of her colleagues last year, they disinvited her from one of the debates. And when she stepped down from her seat to endorse Sanders, they sent her a somewhat rude email which revealed their blatant hostility towards Sanders' candidacy, as well as their discomfort at having someone like Gabbard be apart of their group. "It’s very dangerous when we have people in positions of leadership who use their power to try to quiet those who disagree with them," Gabbard said last year. "When I signed up to be vice chair of the DNC, no one told me I would be relinquishing my freedom of speech and checking it at the door."

And so, barring a drastic shakeup in the Democrats' leadership sometime soon, reforming the party will be a largely uphill battle that takes several election cycles to fully win. And in the meantime, the party's appalling corruption is sure to make it difficult for Democrats to reboot in time for the 2018 and 2020 elections, at which point they may already be fatally damaged.While a senior Democratic aide remarked on the day after the election that the party's current crisis "Could get worse before it gets better," I'd say there's also a possibility that it will just keep getting worse from here.

Thus, though I'm eager to see the activism outside of electoral politics which Sanders and Reich will do in the next four years, I intend to seek a different approach than theirs of rebuilding the broken Democratic coalition: trying to rally it around a different party that isn't already corrupted by corporate interests. And such a party, which by default will most likely be the Greens, is already making some encouraging gains, with Green ballot access being at its highest levels ever, Green membership growing in places like Colorado and the Bronx, and Jill Stein having received almost three times the amount of votes this year than the last time she ran on the Green Party's presidential ticket in 2012.

However, this isn't to say that I think we should abandon the idea of reforming the Democratic Party entirely, just as those who want to reform it shouldn't abandon the idea of building a third party. Both of these plans have a good chance of failing, and should either of them prove to be the more difficult one, everyone should be prepared to unite around working towards the most realistic strategy.

Time will tell which approach is better. But in the meantime, I believe those in both of what are coming to be called the "Demexit" and "Dementer" camps should, to an extent, support the other group's cause; Demexiters, for instance, ought to help Keith Ellison become the next DNC chair and vote for down-ballot progressive Democrats in future elections. And Dementerers ought to help the Green Party gain ballot access and vote for any viable Green candidates they encounter. In the 2018 midterms, such a unity between the two camps will be crucial in order to stop the Republicans.

It's in 2020, though, that the fate of progressives who object to the Democratic establishment will likely be determined. If the Dementerers can replace enough of the Democratic Party's leadership by then to put it on track for long-term survival and reform, I'll gladly join their cause. If the Demexiters can build the Green Party into a viable option by then, Democrats should join our cause.

In either case, the Democratic Party as we know it is doomed. What remains to be seen is whether the party itself will be able to evolve before it's too late, or diminish to irrelevance and be replaced by the Greens via natural selection. What's ironic about all this is that Bernie Sanders, who's willing to run in 2020, may become part of whichever scenario comes to pass; if he hasn't been able to reform the Democratic Party at that point so that his campaign won't be sabotaged like in 2016, a third party run will probably be his best option. And if the opposite is the case, he'll of course be able to safely run as a Democrat.

The one certain thing, though, is that four years from now the establishment Democrats who mistreated progressives in 2016 will no longer have nearly as much power as they once did.
Posted by Rainer Shea at 9:39 PM