The Fascism Of The Democratic Party 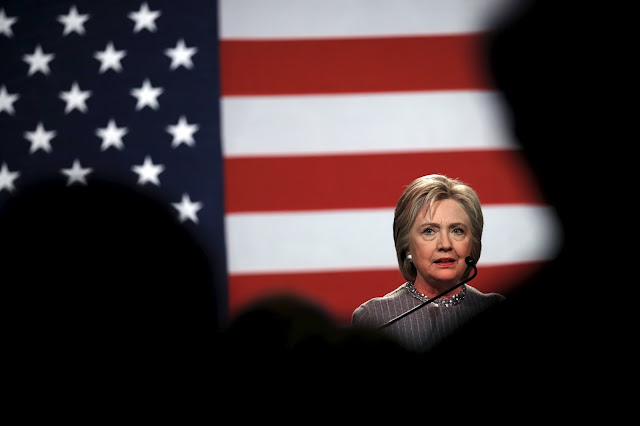 Now that I've drawn you in with that headline, I'd like to be clear that I'm choosing to describe the Democratic Party in such a way out of complete seriousness.

The type of fascism I'm going to be analyzing, though, is not the classic brand of dictatorial nationalism utilized by the likes of Donald Trump, as that would indeed be hyperbole. The fascist governing model that I'm going to discuss, which I think every self-identified Democrat should be aware of, involves not reactionary demagoguery but something called "inverted totalitarianism."

Before I explain what that is, let's take a look at the current state of America. Since 1978, income inequality in the U.S. has been steadily increasing. During that year, the top 0.1% of the population owned a mere 7% of the nation's new income, and today that number is 22%. As a result, half of the American population is under the poverty line, nine to twelve percent of Americans are unemployed, and nearly half of Americans are living on some kind of government assistance.

The factors that caused this are no accident. During the past forty years, free trade deals, upper-income tax cuts, and business deregulation have worked to redistribute a possibly unprecedented amount of wealth towards the top. The same is true for the unstable geopolitical situation in the middle east, and the staggering amounts of resources that the U.S. military uses to try to control it; the government itself has brought about these affairs, all in order to serve its governing partners in big oil and the weapons industry. The collusion between corporation and state is behind most of the other problems our country is facing, from climate change to the health care crisis to, naturally, the dismantling of American democracy itself.

Though some have differing views on the exact cause of this crisis for liberty in America, pretty much everyone is aware of it. 71% of Americans feel the economy is not working fairly for them, just 19% think they can trust their government all or most of the time, and 65% believe the country is on the wrong track.

And yet, even as the overwhelming majority of Americans recognize corporate power to be the cause of their problems, Democrats, the party which always tries to represent itself as the solution to the issues mentioned above, are failing to sufficiently address them.

They used to be such an institution, but after the reformation of it that occurred during the 1980's and 90's, as Robert Dreyfuss explained in 2001, "Today is not your father's Democratic Party." In spite of recent victories for genuinely populist Democrats who seek to move it back to its roots, the party is deeply corrupted by corporate interests. This is a party who's top contributors in recent years have included Koch Industries, Goldman Sachs, Bain Capital, and other major entities that are known for typically backing Republicans. This is a party which has gone so far to the right that it's actually trying to reach out to Republican leaders and voters. This is a party who's top officials actively worked this year to undemocratically nominate Hillary Clinton-someone who's foreign policy approach may be more hawkish than that of many Republicans, who's record on trade consistently contradicts the promises she's made to protect workers, and who's ties to Wall Street do the same.

The problem, though, is not that the Democratic Party is corrupt. It's that its base doesn't care.

As I discussed in my previous article, thanks to the increased corporate control over the media and the educational system that occurred during the 1980's, most young people, progressives, and independents became disengaged with the political process, which allowed the appalling neoliberalism of the Clintons and their changed Democratic Party to go largely unscrutinized by the populous. What I didn't mention was that such a political dynamic has a name which you may be able to guess: inverted totalitarianism.

This term, coined by the political theorist Sheldon Wolin, is meant to describe an oligarchical system wherein the citizenry, kept relatively unexposed to the source of their oppression, believe to be living in a democracy. I'm sure it comes as no surprise for you when I conclude that America is such a society. Indeed, as Chris Hedges assesses in his essay on Wolin's worldview, "Inverted totalitarianism is different from classical forms of totalitarianism. It does not find its expression in a demagogue or charismatic leader but in the faceless anonymity of the corporate state. Our inverted totalitarianism pays outward fealty to the facade of electoral politics, the Constitution, civil liberties, freedom of the press, the independence of the judiciary, and the iconography, traditions and language of American patriotism, but it has effectively seized all of the mechanisms of power to render the citizen impotent."

The Democratic Party perfectly fits this model. Though given the events of this year's Democratic primaries, the apathy among the electorate that we saw in the 90's has largely disappeared, the Democratic leadership continues to use inverted totalitarianism as a way to hold onto support. It's become clear in recent years that Democratic voters are more progressive than ever, with the majority of them identifying as liberal rather than the once-popular "moderate." Additionally, 60% of them want to break up the large financial institutions, over 75% want a single-payer health care system, and 86% think that the wealth should be more equally distributed. These and other statistics serve as proof that the Democratic electorate overwhelmingly desires to end corporate rule. And yet, because of the subtle propaganda that inverted totalitarianism employs, they continue to prop up an entity whose goals are essentially opposite to theirs.

In other words, Democrats are being asked to pledge allegiance to a system which works against their interests, which is a clear (if not, as I said, classical) sign of fascism.

And if this continues, the nation will pay an ironic price: the implementation of the other type of fascism.

The embodiment of Democratic fascism Hillary Clinton, in spite of experiencing a setback in the polls in recent weeks, has begun to regain her edge over Trump according to the latest poll. But even if she manages to win this year against the current manifestation of the neo-fascist movement that her neoliberal policies have created, she'll only be facing a new version of Trump in four years. Either way, as the pivotal 2020 election approaches, Americans will be faced with the challenge of defeating a very dangerous politician who uses the degenerate populism of the far-right to their advantage. And given how the Democratic Party will be greatly diminished by then, along with how it will be unable to energize its former base, the incumbent President Clinton or whichever other Democrat running in 2020 will be no match for this candidate.

Fascism cannot win against fascism. Evil cannot beat evil. We must build a genuinely progressive alternative to the Democrats before the next election cycle, or inverted totalitarianism will give way to something even worse.
Posted by Rainer Shea at 6:30 PM