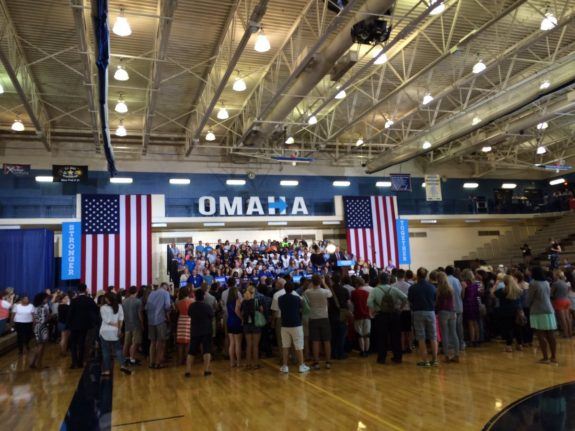 The Reagan/Bush years were not a good time for the Democrats. The liberal trend in public sentiments created by the New Deal and the Cultural Revolution had receded, and the vast majority of the electorate was so swept up in Cold War patriotism and memories of Carter's handling of the Iran Hostage Crisis that they were willing to take offensive caricatures of "welfare queens" and baseless accusations of the left being subservient to communism seriously. This was most apparent when the mere use of the word "liberal" as an attack against Michael Dukakis in 1988 served as a major factor in his loss.

And so when the Clintons, the Third Way political think tank, and the Democratic Leadership Council sought to take over the party and shift it to the right, they had the perfect excuse: it's simply the only way to survive against the Republicans. And at the time, it sadly appears, this was true.

But then the unthinkable began to occur: after years of supporting policies which increased the wealth gap, more Americans started to notice that they were becoming poorer themselves. This of course led to a comeback for the left. By 2003, 63% of Americans thought that wealth should be more equally distributed (which is as much as they do today), 63% also thought that those with the highest incomes weren't paying their fair share in taxes, and though at least 70% supported the War in Iraq at the time it started, that number was quickly narrowing.

And the effects of this on the Democratic establishment were very much apparent. Starting with the success of Ralph Nader's 2000 campaign, the left was rebelling against its self-appointed standard bearers, and in time for the 2004 election cycle, they were ready to take the Democratic Party back. Howard Dean, the anti-Iraq War, crowdfunded Vermont Governor who advocated a serious effort to defeat corporate rule, was propelled to the front of the Democratic presidential nomination ticket.

And then came the backlash. In addition to the media's calculated attacks on Dean, past Democratic nominees and the rest of the party's corporate wing were eager to not just publicly oppose him but to undermine his campaign. Since the left hadn't yet gathered enough strength, this quickly killed his chances, leaving corporate Democrats free to continue asserting their political dominance while ignoring or marginalizing the populist wing of their base.

But they could only get away with it for so long.

Since 2008, the Democratic Party has experienced a period of decline unprecedented in the history of party affiliation. After the fervor of Obama's first presidential campaign died down and Democrats actually came into power, Americans began to dislike the party more and more. Especially with the great recession, the vast majority wanted a system that held corporate America accountable, allowed a much more equal amount of opportunity, and took care of those in need. And given the Democrat's embrace of the Wall Street bailouts, failure to sufficiently raise taxes on the rich, and rejection of universal health care, it was clear that the party did not represent these goals.

And yet in the year 2016, when income inequality (which has actually increased more under Obama than it did under Bush) is once again at a level which puts us in one of history's great phases of revolt among the lower classes, the Democratic Party leadership is still stuck in the same mindset that it was in the early 90's.

Though evolving public sentiments on issues such as abortion and gay marriage has prompted the Democratic establishment to become somewhat more progressive since then, with the installment of Hillary Clinton as the leader of the party, not only has its agenda failed to change to something more populist, but it's in fact moving further to the right.

In March, 121 prominent neoconservatives signed an open letter regarding their rejection of Donald Trump's candidacy and policies, which stated among many other things that "His vision of American influence and power in the world is wildly inconsistent and unmoored in principle." This meant that though they did not approve of his pandering to the extreme right on social issues and civil liberties, they saw him as a threat to the consistently hawkish foreign policy model that they embraced. And so, having also said that "We commit ourselves to working energetically" to keeping Trump out of office, Clinton and the Democratic Party was now the new home for their agenda.

And the desire for such bipartisan merging has been mutual. Despite the usual hostility among most Republicans towards Hillary Clinton still being prevalent, Trump is creating an opportunity for the Democratic and Republican parties to essentially become one. Clinton's eagerness to reach out to dissatisfied Republicans, which has involved tactics such as creating a conservative outreach group called Together for America, accommodating the Republicans who have endorsed her, and working with Paul Ryan on combating poverty (a worthy goal, but still a signal that the ties between her and the GOP are strengthening), has caused some to actually speculate that she wants Republicans to keep the majority in congress.

Democrats under Clinton are also making inroads in parts of the GOP's base, with their cynical campaign having won over nearly half of New York Republicans. She isn't doing that well with them in most other regions, but nationwide, the number of Republicans who support her (8%) is larger than the number of Democrats who support Trump (5%). While that doesn't sound like much of a difference, if the situation were reversed, Trump would be comfortably in the lead.

What we are seeing this year is the logical conclusion of the electoral strategy which Hillary and Friends put into play more than twenty years ago-appeal to as many people as possible regardless of their ideology, and you're sure to receive the (sometimes reluctant) backing of most Americans. Making two major parties into one is the ultimate form of such political triangulation, and it's only going to get worse. If Trump is the next president, he will further alienate the old-guard Republicans, and more of them will realign with the pro-free trade, pro-war Democratic Party. A president Clinton would of course try to create a similar situation by governing the same as Obama on trade and to the right of him on foreign policy. HA Goodman describes this dynamic as "the foundation of fascism, when both parties unite on war and liberals defend neoconservative principles."

The good news is that this won't last. As I stated before, we have reached a point where income inequality is so extreme that the vast majority quite literally aren't able to afford to support status-quo politicians, and as the Democrats continue to pivot towards the interests of the elite, I fully expect a broad swath of their former base to rally around a genuinely populist third party in the next few years. There are signs of this already in the fact that the beliefs of Americans are highly inconsistent with the goals of the two major parties, and in the major surge in support that the Green Party has received this year. In a country with today's economic conditions, those who fail to address the concerns of the people are destined to fail politically, and the irony is that while Trump's brand of reactionary populism has hurt the Republican Party, it's still a more sustainable strategy than the one the Democrats are using.

The strangest part of this is that the Democratic elite apparently has no idea they're marching towards their doom. Last year, the Third Way (which has direct ties to Hillary Clinton) published an essay titled "Ready For The New Economy." It gives Democrats the advice of shifting away from a populist message (something that the author is unaware they did a long time time ago), the argument for which it presents in a way that couldn't be any more detached from reality:


Moreover, the narrative of fairness and inequality has, to put it mildly, failed to excite voters. In each of the last three election cycles, Democrats—the self-styled party of the middle-class—have lost the middle class by an average of seven points, a combined margin of defeat of 20.4 million votes.22 In 2014, this margin was 11-points,23 indicating once again that the “fairness” agenda and narrative Democrats offered did not connect well with middle income voters. Between 2008 and 2013, party registration for Democrats shrunk (-428,687) as Independent registration surged (+2.5 million).24 And, at the sub-presidential level, Democrats are in their deepest hole in nearly a century. Democrats today hold fewer House, Senate, and governors’ offices than at any time since 1930. When state legislative bodies are included, Democrats now have the smallest number of legislative majorities since Reconstruction. These trends should compel the party to rigorously question the electoral value of today’s populist agenda.

This is how the Democratic leadership views their base-people who would actually prefer to have their economic interests hurt. That is the political equivalent of an abusive relationship, and it can't last. When Howard Dean tried to redeem the Democratic Party, it could afford to reject him. Now that it's done the same to Bernie Sanders, there's no hope left for it.
Posted by Rainer Shea at 6:15 PM