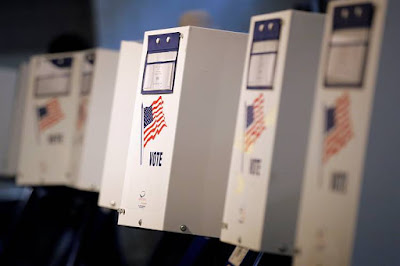 It was spring 2003, and things were getting scary. The military-industrial complex had stooped to a possibly unprecedented low with its deception-based tactics for starting the War in Iraq, and the soldiers and civilians on the front lines of the conflict were not the only ones experiencing its most direct effects. Those who objected to the invasion-who only made up around 75% of the American population at one point-endured not just cultural and media shaming if they spoke out against it publicly, but threats to their safety. Michael Moore, the future director of the infamous uncovering of the Bush Administration Fahrenheit 9/11, was a dramatic example of one of these victims. After delivering his very public and very anti-Iraq War speech at the Academy Awards, according to Moore's autobiography, he began to have fanatical patriots routinely trespassing on his home, sending him threatening phone calls and letters, and even plotting terrorist attacks against him.

That was the same year Moore promised himself that he would never vote for Hillary Clinton.

This pledge, which he revealed to us in a recent article of his, was (I'm guessing) more than about her voting for the war and thus sharing responsibility for the danger he's since been in. It was about how she represents a political establishment which enables not just that, but any  other kind of destructive action on the government's part, to be endorsed by both major parties. And this establishment, he no doubt would agree, needs to be wholly rejected by the citizenry.

But this November, Moore also says in the article, he plans to break that promise for the reason of wanting to stop Donald Trump.

It's one of the greatest dilemmas people like Moore and I have ever faced; whatever one's excuse for voting for Clinton, doing so is ultimately a sign of support for geopolitical, environmental, and economic exploitation, and for the American two-party system that serves it. But however justified refusing to vote for her may seem, it's still a vote for Trump, who, in addition to doing these things, would help a sinister political movement which hurts women, gays, immigrants, refugees, and racial minorities.

Or so we've been told.

To be clear, I do not want Trump to win. Though the notion that he can somehow find the political influence to deport millions of undocumented immigrants and build an enormous wall is absurd, his presence in the world stage would destroy America's reputation abroad and embolden the small but growing population of racists in the United States to commit hate crimes. I also think that a Clinton presidency, in addition to averting these things, would do great harm to the little popularity that she and the Democratic Party has, creating a serious opening for a genuinely progressive party like the Greens to succeed in the 2018 and 2020 elections. However, I think that if the Green Party's Jill Stein receives a Nader-esque amount of the vote and Clinton still wins, not only would it deprive the mainstream media of a reason for painting the Greens as "the ones who elected Trump," but it would help turn her party into a prominent force in politics.

So how do we both prevent a neo-fascist from winning the White House and still beat the more underhanded brand of fascism that Hillary Clinton promotes? You aren't going to hear this from the major media, but there's a loophole that will allow us to vote for Stein without swinging the election. And ironically, that loophole was created by the very same electoral establishment that's telling us a third-party vote is a vote for Trump.

What is this magical solution? It's called the Electoral College.

In United States presidential elections, the outcome is not determined by who wins the majority of the overall votes cast. It's instead decided by the amount of "electoral votes" that a candidate receives, which relies on the number of states that they win the majority of votes in. As Stein supporter John Laurits writes, the result of this system is a situation where many voters are, in essence, throwing away their votes by choosing the candidate who's already certain to win the state:


Now, this is about to get pretty ridiculous because the truth is that, even when a candidate wins a state, a lot of the votes for that candidate also don’t matter. Here’s why — let’s say that the GOP wins a state 51-49% against the democrat & the GOP candidate takes 100% of the state’s electoral votes. Now, imagine the same situation, except this time the GOP wins with 75% — in a winner-takes-all system, do they get any more or any less electoral votes? No. Now, imagine they’ve won the same state with 99.9% — does the GOP candidate get even 1 more or 1 less electoral vote? They do not. So — did it “matter” who any of the votes past 51% were for?

From a technical standpoint, no. That 48.9% of the state's voters would not have any affect whatsoever on the results of the election. But if enough of them were to overcome the lie that a third-party vote automatically helps the other side win and cast their ballots for an alternative candidate, and the millions of other Americans who find themselves in a similar position were to do the same, the future of that winning candidate's party would come under serious threat.

So with there being 40 to 43 states where voters will find themselves in such a situation, I ask of those who are reluctant to vote for Clinton but don't want to elect Trump to look into whether you live in one of those places where you can vote your conscience with impunity. 130 million people are expected to participate in this election, and if enough of them use their votes strategically rather than out of baseless fear that going third party will put the country at risk, this will turn into by far the most successful year that the Greens have ever had.

I especially hope that this article (or a different one with the same information) reaches Michael Moore. Because when he votes in his solidly Blue home state of Michigan, he'll be faced with a larger choice than simply Clinton vs Trump: Clinton vs the Greens. If Hillary Clinton wins with the Green Party having received a small share of the vote, she and her fellow militaristic neoliberals will more likely be able to continue dominating politics in the election cycles to come, which may well lead to a repeat of the Iraq War or something even worse. And if Moore and the many other non-swing state voters create that scenario by ignoring the Greens in 2016, I believe they will, with all due respect for whatever decision they ultimately make, have wasted their votes.
Posted by Rainer Shea at 11:23 PM