A Message For Jill Stein And The Green Party 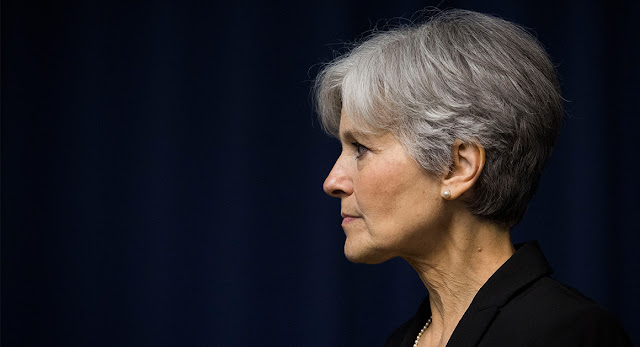 Well isn't this interesting. Thirteen months ago we all thought that this would be the most change-free election cycle of all the other change-free elections before it, with the two modern incarnations of past change-free politicians Hillary Clinton and Jeb Bush competing for who could enact the least change. And then a series of plot twists appeared that turned it into what appears to be the opportunity for a revolution.

And not just the revolution of social, economic and environmental justice that we've been pushing for for so long, but one of regression and irrationality. Had Bernie Sanders been nominated, Donald Trump's chances would be virtually ruined, but the Democratic leadership refused to play fair, and though this may well soon destroy the party of fake liberalism, this has greatly increased the danger of us having a president that's not too dissimilar to Hitler.

Some background on who's writing to you: at some point in the past year, I emotionally invested myself in the Bernie Sanders campaign. I thought that everything hinged on him winning, and it was very dismaying for me to see the endless efforts from the media to convince me that he had no chance. And though I soon learned to ignore their propaganda, as the primaries went on, it really started to look that way.

But as I continued to examine the political situation, which I had never done too closely before, I started to see signs of hope that no events in any election could discourage; the number of political Independents was at an unprecedented high, public opinion was overwhelmingly in favor of environmental protection, wealth redistribution and social equality, and these appallingly rigged primaries would only speed up the inevitable revolution to come.

And so when Sanders prematurely endorsed his opponent, I was completely undeterred. I shrugged it off, kept on fighting, and immediately dedicated myself to aiding the rise of the populist third party that the country so desperately wanted and needed.

And that's where you come in. To ask you to win this year would be unreasonable, but at this point there's nothing the establishment can do to stop your momentum in future election cycles.

So as the slogan goes, it's in your hands. You are what will decide this election, and most likely a lot of elections beyond it. The major media and the powers that control them are ignoring the profound shift that's happening in your favor, and they'll fight you every step of the way, but I know that you'll be able to overcome whatever obstacles they put in front of you. These are just a few words of encouragement from someone who's been on the front lines of this movement; things are changing, and I refuse to give up now after we've come so far. The future belongs to you, and all that needs to happen now is for it to arrive.
Posted by Rainer Shea at 9:09 PM