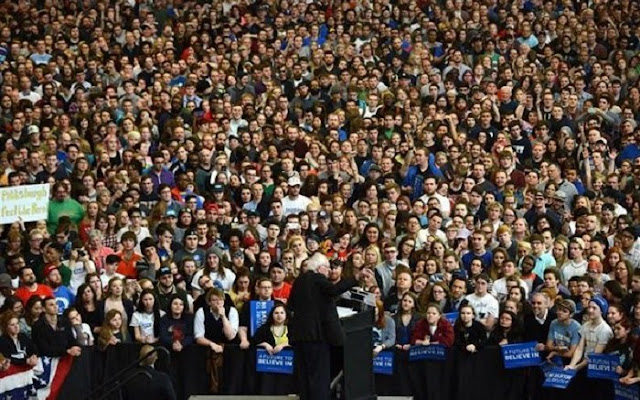 Sometime last year, according to an interview, Jane Sanders was with her husband discussing his choice to run for president. "How can you win? We're from a small state," she said to him. "I know the issues are important, but isn't there another way for these issues to be discussed? Can't you write a book? Can't you start an organization? Can't you go on a speaking tour?" To which he replied, "Yes, I can do all of those things, and it's not going to matter at all. It's not going to change the conversation."

Bernie Sanders's original mission, though he's denied it, was not necessarily to win the presidency but to change the country. In spite of the DNC's best efforts, he's done just that, and more than in the realm of public discourse. He has helped several citizens who are as concerned as he is about inequality, perpetual war, and the environment to succeed in directly changing the political system.

A popular label for this new breed of politician is "Berniecrats." They're Democratic officials who either supported Sanders in the primaries or are backed by him now. And though the future of progressive politics-and American politics, for that matter-is most likely in a third party that hasn't been corrupted by corporate interests, it's important to support them in this election cycle. Here is a list of all of them, along with links to their campaign websites or pages with information about them:

If this list is incomplete, please let me know in the comments below, but its current length should encourage you.

When Bernie Sanders endorsed Hillary Clinton, it revealed that he thinks the Democratic Party is still fixable; he could have continued to compete all the way to the convention two weeks afterward, trying to expose every bit of voter suppression that occurred during the primaries and explaining how James Comey's decision not to indict his opponent was utterly wrong. But he chose to give the Democrats one last chance to redeem themselves, most likely because he very seriously fears a Trump presidency. You can be the judge of whether he made the right decision, but in terms of helping progressives in the short term, he may indeed have.

The establishment Democrats would have been hurt had he exposed their incurably flawed organization, but so would have those genuine progressives listed above. They are some of the first in a series of populist leaders that will go on for decades, the "first wave" in the movement that was started this year.

So before the Democratic Party is replaced by something better post-2016, let us try to salvage the best parts of it.
Posted by Rainer Shea at 4:47 PM